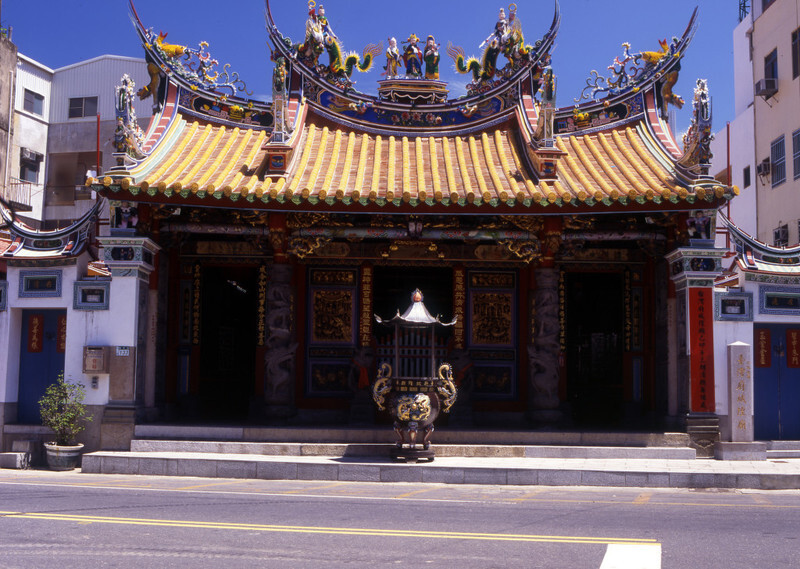 The Cheng-Huan (city god) Temple of Taiwan prefecture was build in Yongli 23rd year (1669). It is the earliest and largest city god Temple in Taiwan.

Now it was listed as national relics because of its important value in history, cultural, architecture and folk religion.

Originally, Cheng-Huan was the god of city wall and moat, then changed to be a god to protect people’s lives and properties. It is a city god of justice in charge of local jurisdictional affairs.

The magistrate officer engaged the city’s affairs and Cheng-Huan engaged all affairs in both the world and underworld, staring at people in their deeds that making awe people not to do evil things.

On the other hand, being believe that the divine power of Cheng-Huan can help the people and the nation, every new local magistrate must worship Cheng-Huan before his inauguration of the new position.

The main deity god of this temple is Duke Wei Ning, the soul of people were tried by Cheng-Huan after they died, Cheng-Huan used a giant abacus to judge people’s good deeds and sins, that decide their soul go up to heaven or go down to hell. 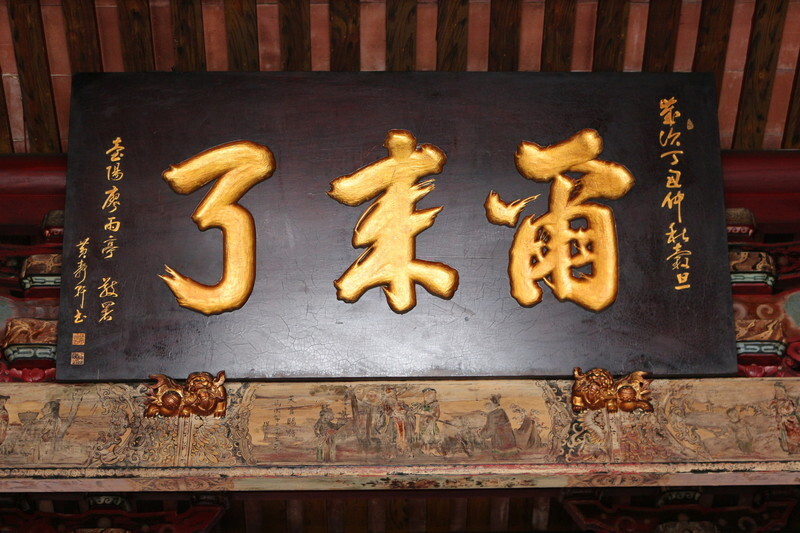 The wood tablet inscribed Er Lai le (Here you come) is well known all Taiwan, which adds the solemnity of the gods. 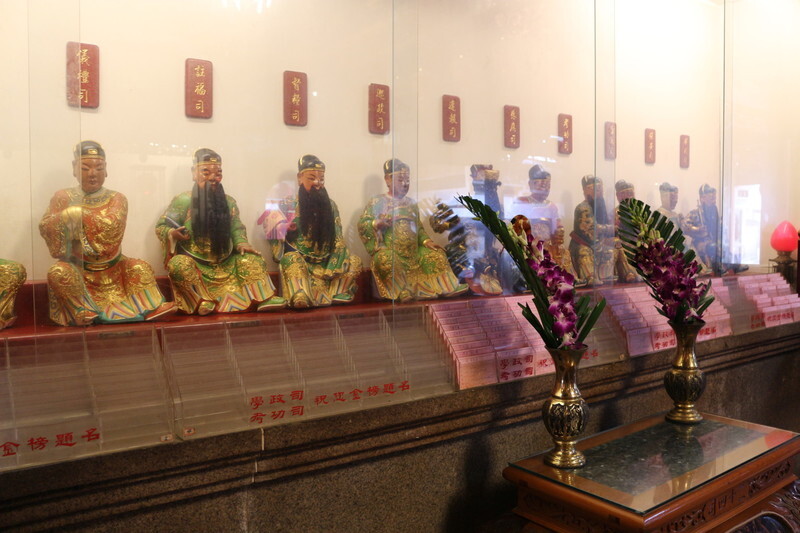 The attendant deities on both sides are 24 departments, who are the subordinates of Cheng-Huan, each one has their own duty like the executive branches of government.

The architecture of this temple including entrance portico, worship hall, main hall, rear hall, and side rooms. The entrance portico is higher then outside street, the stages of staircase are granite, and the carved stone on the pediment of both sides describe praying for luck. 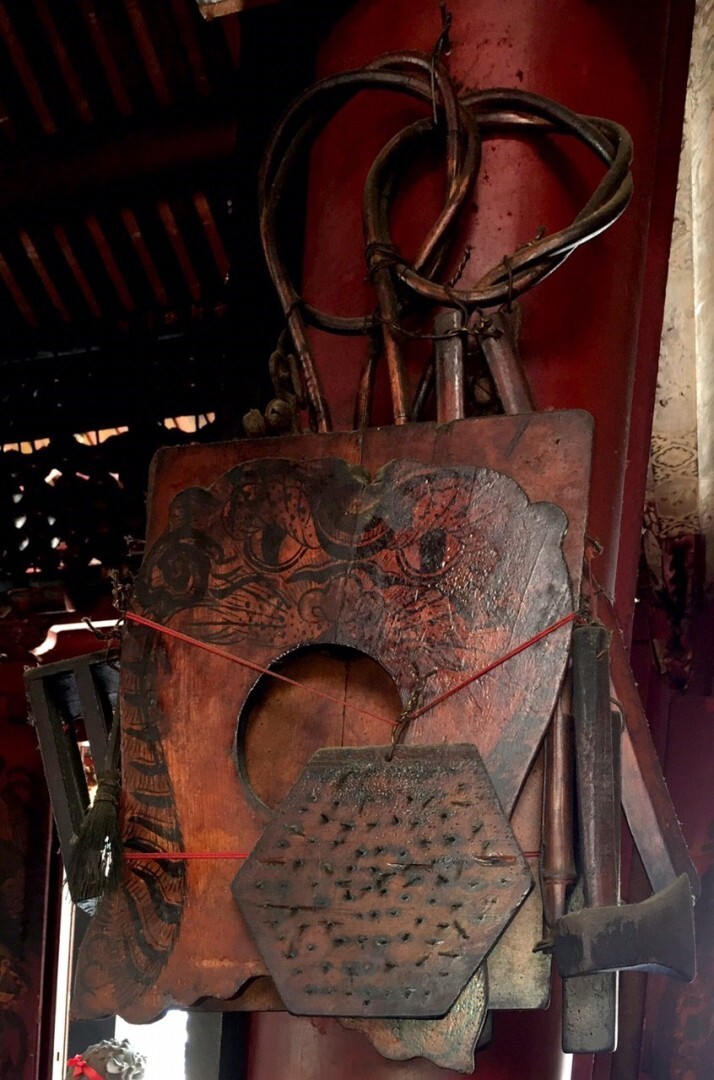 Because Cheng-Huan Temple is where the jurisdictional affairs are judged by the god, the spatial layout of the temple is similar to that of an official courthouse and the atmosphere is solemn and dismal in order that anyone who commit criminal acts would feel scared.

The giant abacus is a necessary instrument for Cheng-Huan to judge the sins or good deeds of the people.

There are 2 giant abacuses in this temple, to make people stand in awe of doing evil things. In the cultural products exhibition room on right side room, two stone tablets of renovation record which were erected in Chien-Long 42th year of Ching dynasty (1777).

Although the atmosphere inside this temple is quite gruesome. The couplets hung up on the wall are unique and significant, it is worth slowing down your steps and reading these couplets carefully to realize the deep meaning of them.

Below is the detail information of the Cheng-Huan (city god) Temple: